I once worked for a fish hatchery manager who grew up on a ranch in the 1920s near Bluewater, south of Laurel. He said one day his Dad came home and said “You’ll never guess what I saw”. The kids guessed everything from elephants to hot air balloons. But when his Dad said “I saw a deer”, they were all dumbfounded, they had never seen a deer there. If you know that country it now has abundant deer, as does most of Montana. 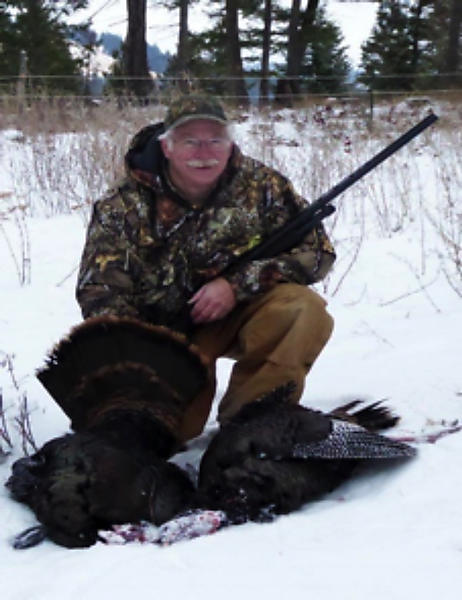 The recovery of wildlife in the American West is one of the world’s great conservation stories. Unlimited market and subsistence hunting in the late 1800s decimated the seemingly limitless wildlife populations in Montana, by the turn of the 20th century wildlife was just a memory in major parts of Montana. Starting as early as the 1860s in territorial Montana hunters started asking for controls on harvest and protection of habitat. Rod and gun clubs sprang up in most major Montana communities to press for current and future conservation of wildlife. Early conservationists Teddy Roosevelt and George Bird Grinnell came to their calling due to their experiences as hunters. They were followed by other visionaries such as Aldo Leopold and in more recent times Valerius Geist, Shane Mahoney and Montana’s own Jim Posewitz who helped develop the North American Model of Wildlife Conservation.

2. Wildlife cannot be slaughtered for commercial purposes. While some parts such as furs can be sold, sale of wildlife meat is prohibited.

3. Wildlife is allocated by law. Regulations determine how wildlife is managed, hunting seasons and bag limits protect from overharvest and fairly apportion harvest between hunters.

4. Wildlife may only be killed for legitimate, non-frivolous purposes. Wildlife shall be taken by legal and ethical means (fair chase) and for legitimate purposes such as food and fur, self defense or protection of property.

5. Wildlife is an international resource. Wildlife does not recognize political boundaries so it will be managed cooperatively.

6. Hunting, fishing, and trapping shall be democratic. Every citizen, regardless of wealth, social standing, or land ownership, is allowed to participate in the harvest of fish and wildlife within legal limits.

This Model has served us well. Along with laws, hunters agreed to pay for wildlife management through license fees and excise taxes on sporting goods. Hunting is conservation. But special interest groups continually try to claim wildlife for their own special benefit and gain such as through Ranching For Wildlife or regulations that will benefit a select few. Hunters must remain vigilant to protect the Public Trust now and for future generations.

_The preceding comments are mine alone and don’t necessarily reflect the policies of Flathead Wildlife, Inc. _